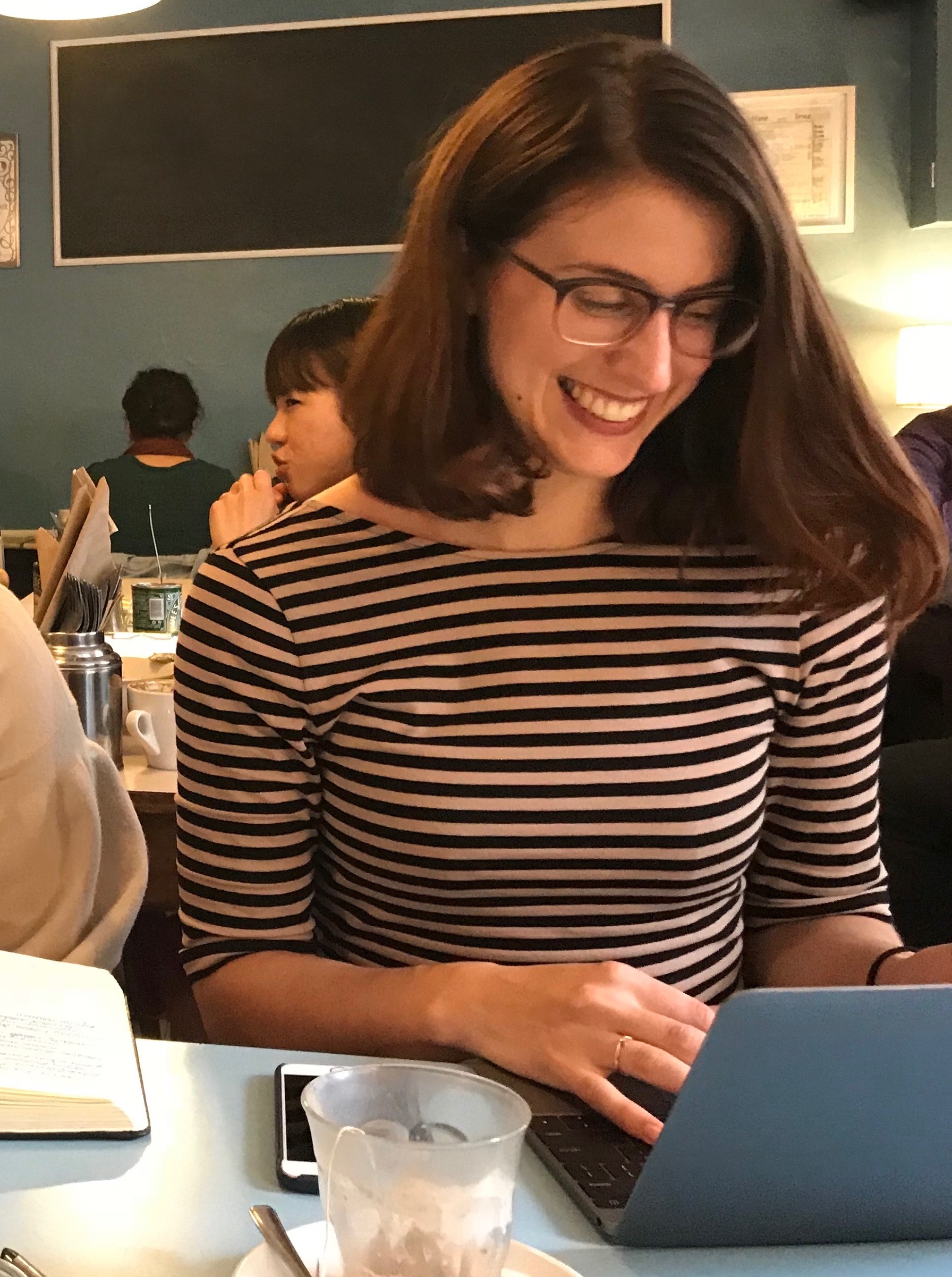 Kandice Sharren completed her PhD at Simon Fraser University. She is the lead editor and project manager of the WPHP.

Kandice Sharren completed her PhD at Simon Fraser University. She is the lead editor and project manager of the WPHP.

My research focuses on how the materiality of texts interact with their formal elements in the Romantic period, both in their production and their reception. In my dissertation, I focused on the novel, asking how the paratextual elements of print interacted with and structured narrative innovations, but I’ve been working on some projects that deal with poetry and manuscript material lately, too.

The PI, Michelle Levy, was my PhD supervisor, so I’ve been involved with the WPHP from the very beginning, in 2015. I began with entering novels into the database by hand from Garside, Raven, and Schöwerling’s bibliography, The English Novel, 1770–1829 (which means that I have in fact read both of those very hefty volumes cover-to-cover), then slowly took over training new RAs and accidentally became the project manager.

I’m not sure if this is my favourite, but I do use Catherine Cuthbertson’s Romance of the Pyrenees a lot when I’m training new RAs. It was originally published anonymously and went through a few editions, so it’s a good introduction to some of the problems they’ll encounter when editing title records.

(I also love how blatantly the title references Ann Radcliffe’s Mysteries of Udolpho, which is probably why it stuck in my head.)

I’m going to echo everyone else by saying that I’m not sure there is a worst task, but during our 2018 trip to the British Library (when Kate nearly got us kicked out for dropping books), I somehow ended up going down a multi-day rabbit hole of Hannah More’s Cheap Repository Tracts, a series that included titles such as, “The story of sinful Sally, told by herself. Shewing how from being Sally of the Green she was first led to become Sinful Sally, and afterwards Drunken Sal, and how at last she came to a most melancholy and almost hopeless end; being therein a warning to all young women both in town and country.” Since they were intended as disposable pamphlets that were distributed to the poor in order to inculcate Christian morals, there were dozens of each one and they lacked information like publication date and edition statements, which made it headache-inducing to determine whether or not an edition had been entered.

I could rant more, but the short version is this: by the end of the second straight day of nothing but Cheap Repository Tracts, I was well on my way to joining Drunken Sal at the local tavern. 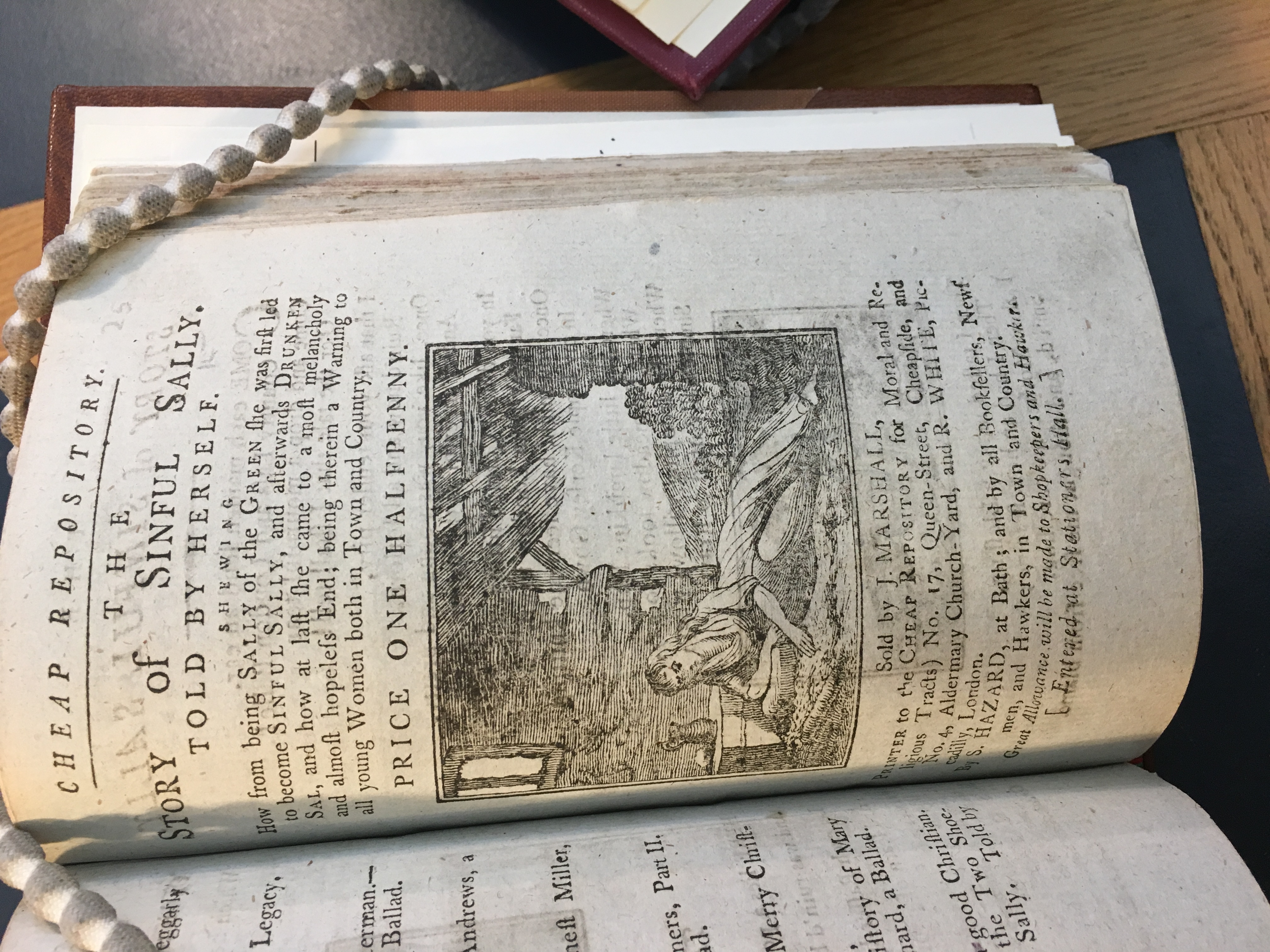 Title page of Sinful Sally, courtesy of the British Library.

I have a one-eyed, tailless cat named Hippolyta (Hippo for short). 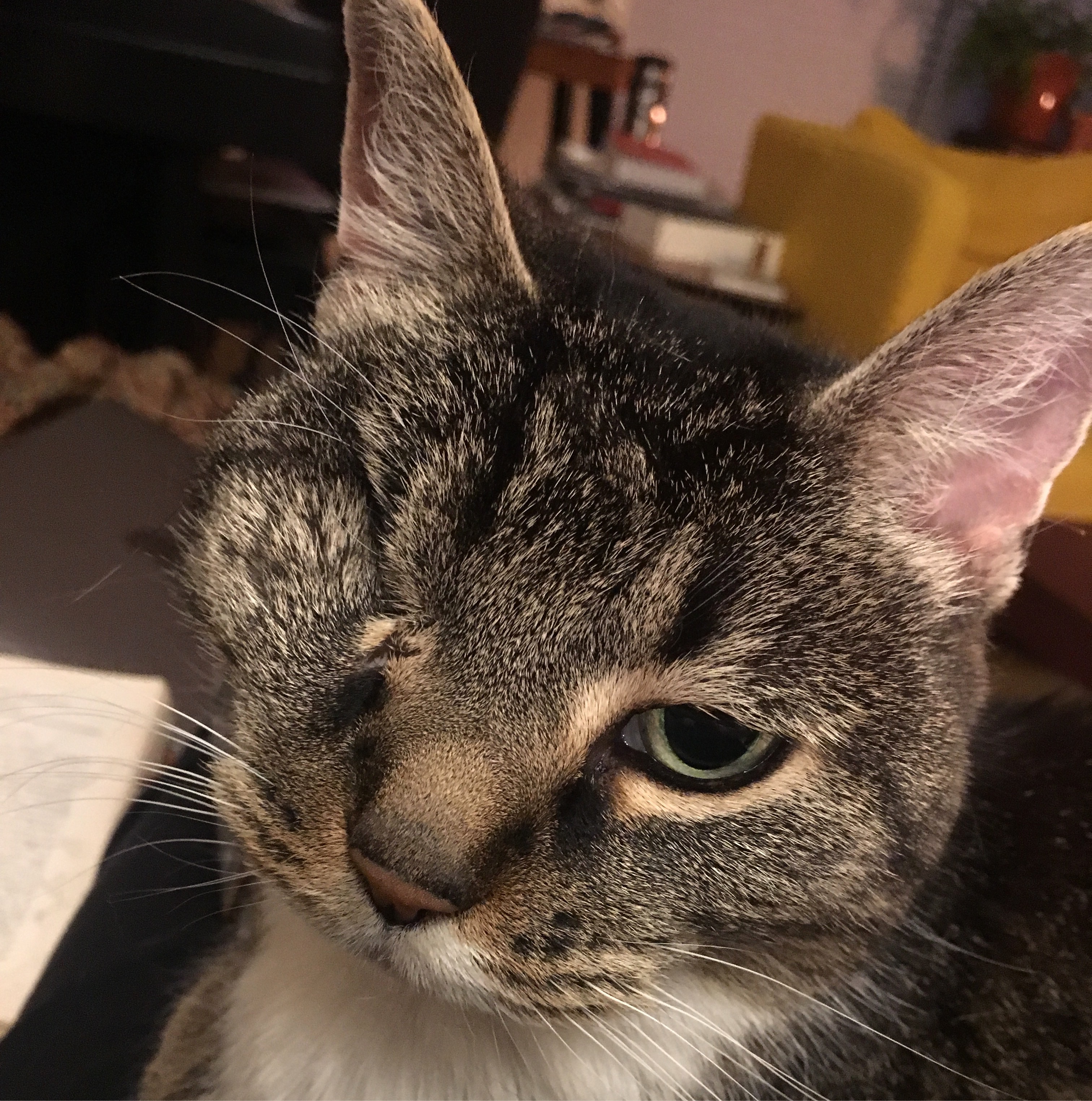 I’m furious I designed a questionnaire that means I now have to answer this impossible question. I almost always (and stereotypically) say Persuasion by Jane Austen, but The Lesser Bohemians by Eimear McBride and NW by Zadie Smith are also contenders.