Depending on where you are, back to school looks a little different this year—some of us are returning to classrooms with new restrictions, some of us are teaching from home, and some of us are educating our own children or supporting their education with whatever resources we can muster. It... 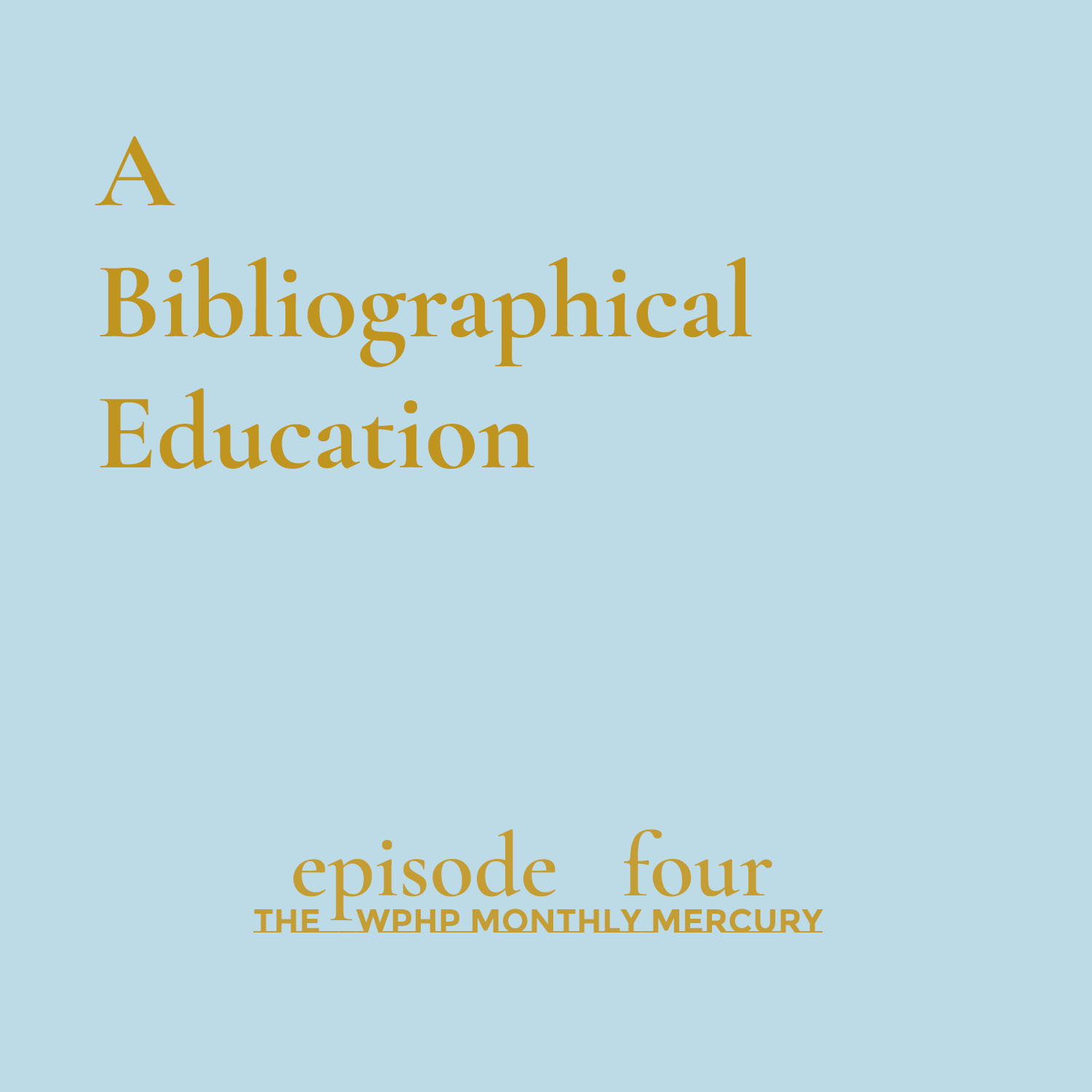 You can listen to Episode 4 of The WPHP Monthly Mercury, "A Bibliographical Education", on Apple, Spotify, Stitcher, Google Podcasts, and other podcast apps, available via Buzzsprout.

Depending on where you are, back to school looks a little different this year—some of us are returning to classrooms with new restrictions, some of us are teaching from home, and some of us are educating our own children or supporting their education with whatever resources we can muster.

It was in thinking about how teaching has taken all kinds of forms this year that we were reminded of the various works that fall under the “Education” genre in the WPHP, including letters from aunts to nieces advising them of how to best live their lives (hello, Hester Mulso Chapone’s Letters on the improvement of the mind!), playful short works written to be read to and by children as young as three (Anna Laetitia Barbauld’s Lessons for Children of Three Years Old holds literary gems), and didactic poetry about the dangers of sexual promiscuity (we’re looking at you, Hannah More and the delightfully-titled Sinful Sally!).

In the fourth episode of The WPHP Monthly Mercury, “A Bibliographical Education”, hosts Kandice Sharren and Kate Moffatt wander through the “Education” genre of the WPHP, exploring its variety of formats and styles, as well as its many adjacent genres - not least of which is the considerable “Juvenile Literature” genre, which past RA Reese Irwin cheerfully (and almost single-handedly) entered into the database. In this episode, Reese joins us to speak about the process of entering the majority of our 3200+ Juvenile Literature titles, Kate and Kandice do suitably dramatic readings of excerpts from a handful of educational texts from notable eighteenth-century authors, and we speak to the ways in which the many forms teaching has taken this year during COVID-19 has echoes of eighteenth-century educational practices and challenges.

If you're interested in learning more about the genres included in the WPHP, this list includes every genre used by the WPHP along with a working definition. If you click any of the hyperlinked genres they will produce a list of all title records assigned that genre in the database.

Reese Irwin was a research assistant on the WPHP from 2016 to 2019; she was responsible for entering most of the children’s literature in the database. She is the author of the forthcoming book chapter, “Elizabeth Newbery, Publisher and Bookseller in Her Own Right: A Case Study from The Women’s Print History Project, 1750–1836,” which will be published in Volume 1 of Women in Print, edited by Rose Roberto and Helen S. Williams. She has a Master’s of English from Simon Fraser University, and has recently completed a Master’s of Library Information Science at the University of British Columbia.

John Newbery and His Successors

Moon, Marjorie. John Harris’s Books for Youth 1801-1843: Being a Check-list of Books for Children and Young People Published for Their Amusement and Instruction by John Harris and His Son, Successors to Elizabeth Newbery, Including a List of Games and Teaching Toys. A. Spilman, 1976.

Dolan, Elizabeth A. Seeing Suffering in Women’s Literature of the Romantic Era. Ashgate 2008.

Fauske, Chris and Heidi Kaufman, eds. An Uncomfortable Authority: Maria Edgeworth and her Contexts. U of Delaware P, 2004.

Grathwol, Kathleen B. “Maria Edgeworth and the 'True Use of Books' for Eighteenth-Century Girls.” New Essays on Maria Edgeworth, edited by Julie Nash, Ashgate, 2006.

Habermas, Jürgen. The Structural Transformation of the Public Sphere: An Inquiry into a Category of Bourgeois Society, translated by Thomas Burger and Frederick Lawrence, MIT Press, 1991.

Narain, Mona. “Not the Angel in the House: Intersections of the Public and Private in Maria Edgeworth's Moral Tales and Practical Education.” New Essays on Maria Edgeworth, edited by Julie Nash. Ashgate, 2006.

Robbins, Sarah. “Lessons for Children and Teaching Mothers: Mrs. Barbauld’s Primer for the Textual Construction of a Middle-Class Domestic Pedagogy.” The Lion and the Wardrobe, no. 17. vol. 2, December 1993, pp. 135–51.